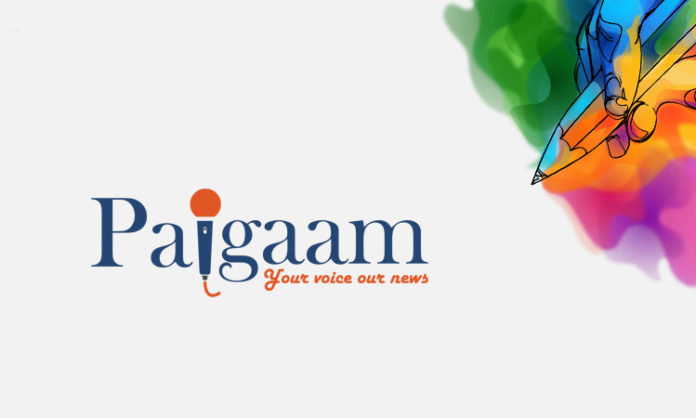 JAMMU: A video has gone viral on the social media in which a doctor can be seen having a heated argument with some attendants who visited GMC Jammu with their patients. The doctor can be heard having a verbal outburst against the health minister in the video which has caught the eye of the health minister Dr. Manyal also, who while displaying complete sense of understanding of the issue dismissed it treating as a mistake committed by a young student.

In the said video, a student of first year Post Graduation can be heard telling the attendants that the X-ray machine cannot work on a backup generator. The student further explains to the impatient attendants that the electricity has been down for the last two hours hence the test cannot be run. The argument between two parties which till now had been bordering civility and could at worst be defined as a confrontation takes an ugly turn when the said student has a sudden outburst at the mention of the health minister by an attendant.

The student in a verbal outburst uses derogatory words against the health minister while explaining to the attendants that he can’t help with the electricity issue and is not an electrician but a doctor. However the student does seem to have gone over board with his choice of words as in a corner a female too can be seen in the video which makes the whole confrontation look a bit more uglier.

The heath minister Dr. Manyal while talking to media on the issue said that the video had come to his notice and after watching it what he had realized was that the core issue was that of electricity and not that of the doctor. Replying specifically to the pointed question by the media about the language used by the student against the minister, Dr. Manyal said that the a three member committee had been set up to investigate the issue. However he added that he himself being a doctor and having worked in the field could completely understand that the student like many other doctors seemed to be under a lot of stress and was burnt out.

The health minister further enunciated that there was a dire need to strengthen our rural medical system the lack of which was creating additional work load in GMC and SMGS Jammu. As for as this particular case goes the student is very young, under stress and totally burnt out, hence will be referred for counselling and looking at the circumstances no serious punishment will be awarded to the erring student, the minster added. An inquiry has also been ordered to ascertain why the electricity was not available in the emergency department and the hospital.

Dr. Manyal did try to put the controversy in the right perspective but the social media is not ready to let the issue go. The incident has even invited a lot of negative press for the entire doctors fraternity. The main argument against the doctors seems to be that the attendants come to a hospital only in an emergency situation and are generally emotionally surcharged because of seeing their loved ones in trouble. And expecting prompt medication in such a situation is not much to ask for.

Residents Doctors Association, ( RDA) in a statement issued to Paigaam has hailed the the Health Minister for the stance taken and thanked him for understanding the issues faced by the doctors. President of the organization, Dr. Sourabh katoch told paigaam.in that the organisation does not subscribe to the behavior displayed and has issued strict instructions to all the resident doctors regarding recommended behavior and approach. ” We will look into the matter and definitely take corrective measures where ever and when ever required”, he further stated. “However, the issue is not so simple and people seem to be looking at the issue from one side only. There is no denying to the fact that attendants visiting the hospital are under a lot of stress and are bound to be in an irritable state. We sympathize with them, every doctor does. But somehow people fail to realize that a doctor too is a human being only like the rest of the people. And fail to use to the same yard stick for the doctors that they use for the attendants. Long working shifts, which can go upto 36 hours at a stretch, no rests in between, overload of patients all can result in a doctor too being under stress. And can snap at times.”

Dr. Amit krishan Vice President ( RDA) told paigaam.in that the student accused of misbehavior was on duty since 8 A.M in the morning and had been working for straight 17 hours with out any break when the incident happened at around 1:15 AM. Duty in the emergency ward means you don’t get breaks, not tome to relax, you do not get time to eat or drink. Under such working conditions a doctor is bound to feel fatigue and is under much more stress than the attendants. An outburst under such circumstances does not put a question mark on the behavior of a doctor but only brings forth the plight of the doctors. It only substantiates what the RDA and other organisations have been pleading for long that the health care system needs an instant revamp and more doctors need to be employed to meet the rush of patients whose number is increasing day by day. The working conditions need to be improved. ”

Adding to this, Dr. Raheel, General Secretary of the association said that, ” Every second patient visiting the hospital comes with one VIP reference or the other. It is not practically possible for a doctor to attend patients according to the recommendations they come with. As a doctor our job is to treat patients and save their lives. We prioritize according to the severity of the condition and recommendations don’t mean much in a life and death situation for a doctor. So when the attendants tried to threaten the student by using the name of the minister, his getting frustrated was only natural as he had tried to explain to them a lot many times that the X-ray machine was not working due to non availability of electricity and he couldn’t do anything about it.”

Dr. Mukhtyar Khan, Joint Secretary (RDA) , explained to Paigaam.in that the society in general and media in particular needs to understand that when a doctor works for 24 hours to 36 hours at a stretch he infact is putting his own health and life at risk for his patients. ” it might surprise most of the people that we don’t get any vacations or holidays. A Sunday is as good a working day as a Monday or any other day of the week. People don’t get sick according to the calendar. In-fact on holidays we have more rush as many working people use holidays for hospital visits. We completely understand the pain and agony of the patients and their attendants but at the same time expect them to understand human limitations also. We are not asking anyone to create heroes out of doctors, just requesting to judge us by the same standards they use for others.”

Every truth has more than one side and it serves well to look at all the sides before we commit ourselves to any side. Time and again various studies have thrown up results which show that doctors are working under extremely stressful conditions. A recent survey of the working lives of 2,300 trainee doctors has found that six out of seven – 85% – are at risk of becoming burned out, despite only being in their 20s and 30s. Respondents identified long hours, fears about patient safety, the disruption of working night shifts and long commutes to their hospital as key reasons for their growing fatigue and disillusionment.

According to yet another research paper, almost two out of three young hospital doctors say their physical or mental health is being damaged because pressures on them and complained of having to work under intolerable strain.

Many are so relentlessly busy that they go through entire shifts without eating or drinking, while others suffer stress, burnout, exhaustion and sleeping problems. Relationships with family and friends are also deteriorating as a result of the struggle to cope with their working hours.

” It is an unfortunate incident being blown out of proportion but the silver lining, if any, is that the incident has started a debate around the issues of the doctors and the problems faced by them. A doctor is the first and the last person one sees. A little bit of understanding of his problems will only help improve the medical health system and inturn benefit the entire society”, added Dr. Mukhtyar. 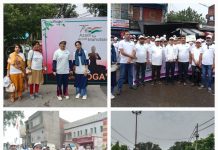 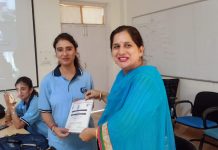 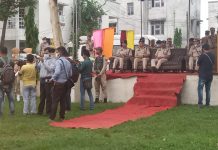 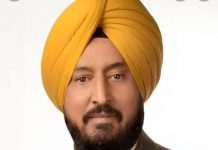 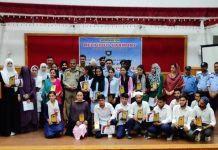 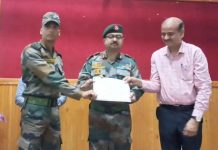