Home J & K Restrictions lifted from most areas of Kashmir

Srinagar, September 9: Restrictions were lifted from most areas of Kashmir, except some parts of Srinagar, on Monday even as the stalemate in the Valley following abrogation of Article 370 entered its 36th day with schools closed and public transport off the roads, officials said.

The restrictions had been lifted from most areas of the Valley, but continued in parts of Srinagar–in the interior areas and in the jurisdiction of Maisuma police station of the city, the officials said.

They said barricades were removed from the commercial hub of Lal Chowk and adjoining areas a day after they were sealed off by placing concertina wires at all entry points.

However, the officials said security forces continued to be deployed to maintain law and order.

Restrictions were first imposed across Kashmir on August 5 when the Centre announced its decision to abrogate Article 370 of the Constitution and bifurcate the state into Union territories. The restrictions were lifted in phases from many parts of the valley as the situation improved with passage of time.

However, authorities have been imposing restrictions in vulnerable areas of the Valley every Friday, apprehending that vested interests might exploit the large gatherings at big mosques and shrines to fuel protests.

Friday prayers have not been allowed at any of the major mosques or shrines in the Valley for the past one month now.

Meanwhile, normal life remained severely affected in Kashmir due to the shutdown which entered 36th day on Monday.

Markets and other business establishments remained closed while public transport was off the roads across the Valley, the officials said.

The efforts of the state government to open schools have not borne fruit as parents continued to keep children at home due to apprehensions about their safety.

Government offices are open but attendance in many offices was thin due to lack of public transport, the officials said, adding that offices at district headquarters registered normal attendance.

Landline telephone services have been restored across the Valley but mobile telephony and Internet services on all platforms remain suspended since August 5. PTI 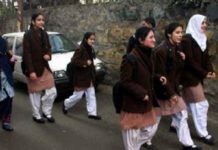 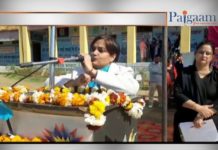 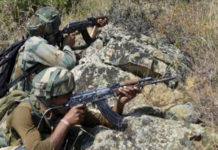