Ludhiana, May 19 : The entire staff of the Civil Hospital in Ludhiana went on strike on Tuesday to protest the poor quality of N95 masks provided to them. Four class IV employees of the hospital have tested positive for coronavirus and they have blamed the low-quality masks for contracting the disease. Earlier, doctors at the hospital had also complained about the substandard PPE kits.

Dr Rohit Rampal, who works at the Civil Hospital, said the staff had never shied away from their duties but the department should ensure their safety.

“The masks provided to us are of very low quality and it is the probable reason behind four employees getting infected,” he added.

The fear of the spread of the infection is looming large over the staff. The class IV employees complain that they are working on meagre salaries, have no health insurance and the protective gear provided to them is of low quality.

“We work at meagre salaries of Rs 4500-6500 per month. We have been requesting, since long, that our salaries be hiked. Now, with four class IV employees testing positive, fear of more testing positive is looming large. The government should think about our safety,” said he.

After four employees tested positive, the samples of the entire staff of the Civil Hospital and Mothers Asif Child Hospital were collected on Monday, including class IV employees, nursing staff, ward attendants and sweepers.

Earlier, doctors at the hospital had complained that PPE kits being provided to them were of substandard quality. Some of the staff members had even become unconscious after wearing them due to the low-quality material being used in their manufacturing.

Dr Milan Verma, a surgeon at the Civil hospital, had raised a concern over the issue and had shot a letter to Civil Surgeon, Deputy Medical Commissioner and District Nodal Officer for COVID-19 in this regard on May 4.

Civil Surgeon Dr Rajesh Bagga said that the PPE kits and masks provided to the staff at civil Hospital were the ones supplied to them by the government.

There are 54 suppliers approved by the state government for supplying PPE kits and masks and except for two suppliers—one from Mohali and one from Kapurthala—all the remaining suppliers are from Ludhiana.

Fight against Covid far from over: Punjab Chief Minister 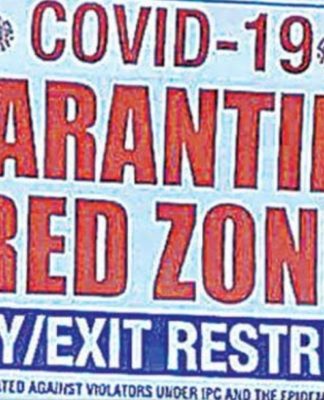 Haj Committee Of India decides to refund 100% amount without deductions...