There has been a constant rise in the number of militants killed by the security forces in Kashmir in the past few months and the Govt. is pushing it’s operation ‘All Out’ in an effort to curb the ongoing unrest in the valley. However, efforts of the security forces seem to be turning more and more counter productive with every passing week as there have been reports of increase in the ranks of militants aided by fresh recruits coming from local youth of Kashmir region.

Chenab valley which had remained virtually incident free for quite some time in terms of militancy related activities also seems to have been affected by this recent upsurge in the recruitment of militants as at least two local youths from this area too have been reported to have joined militant ranks.

According to the sources of paigaam.in one Abid Hussain Butt of Soujan, which is only at a distance of about 15 km from the main Doda city, has joined the militant group Lashkar-e-Toiba, while as another youth, Talib Gujjar of Kishtwar district’s Padyarna in Nagseni tehsil has joined the militant organisation Hizbul Mujahideen.

Talib Gujjar has been declared as an active militant also by the security apparatus and his movements have been traced to Dachhan area of district Kishtwar, where as Abid Hussain’s photograph carrying arms was uploaded by on social media by LeT, announcing his induction into its ranks. According to the highly placed sources, Abid Hussain Bhat is active using the code name Abu Tarib.

Recently, two youths from Kishtwar who had joined militancy were arrested by Parimpora police when they were planning an attack in Srinagar district and according to the sources two more youths from Kishtwar, Javed and Mudassir who have gone missing are also believed to have joined the militant ranks, though the security forces are yet to confirm the assertion.

These disturbing trends coming from Chenab valley which had remained incident free in terms of militancy related incidents since 2011 requires attention of the policy makers towards coming up with a policy to reduce the recruitment ground for the militant organisations rather than going with an unidirectional approach of encounters and bullets only. Dialogue and political intervention is a must as history is witness to the fact that violence feeds violence and killings give birth to a feeling of vengeance among the surviving members, relatives, neighbours and friends of the deceased. It does not require rocket science to decipher that vengeance transcendent generations and so does violence with it, resulting into a vicious cycle of death by violence invoking hatred and vengeance resulting in fresh recruitment and then violence again.

This vicious wheel of violence needs to be stopped and the present policy does not seem to be bearing any fruitful results. Armed forces can win a war but peace is ultimately signed using a pen. The need of the hour is that the representatives of the people sitting in the parliament take out their pens and write down some solutions before it is too late. Force can never replace the wide sweep of a carefully planned policy or the might of a well thought out diplomatic path. With governor at the helm, legislative delay too does not remain as an excuse, however the only challenge remains to be the search for the elusive political will. Coming days will tell us if the people we voted for have the capability to rise to the occasion or will prove to be yet another lot of tall shadows with very small bodies, mini leaders with mega projections. 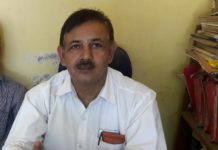 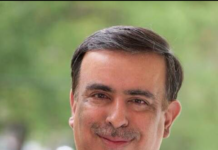