The Monsoon Session of the Punjab Vidhan Sabha began on Friday only to be adjourned within the first 14 minutes of functioning. The Punjab Assembly is now scheduled to meet on Monday.

The Assembly had trouble agreeing on who to include in the customary obituary references. Kultar Singh of AAP demanded the names of the 90 farmers— who had committed suicide between the Budget Session held in February and the ongoing Monsoon session—to be included while giving obituaries on the first day of the session.

Parminder Singh Dhindsa of Akali Dal and Aman Arora of AAP said that the name of Fatehveer—a 2-year-old child who had fallen into a borewell in Sangrur and died—should be included in the list.Leader of Opposition Harpal Singh Cheema pushed for the name of Jagseer Singh, who had committed suicide after failing to get a job, to be included.

Speaker Rana K P Singh rejected all other demands, but agreed to include the name of Fatehveer in the references. Obituary references were made to 17 persons in total.

Notably, former Power Minister and Congress leader Navjot Singh Sidhu abstained from the Assembly on the first day of the Monsoon Session.

Eighteen of the 20 AAP MLAs were present in the House, including Nazar Singh Manshahia and Amarjit Singh Sandhoa. The two MLAs had recently joined the Congress, but they have not resigned from AAP as of now. They sat along with the other AAP MLAs. 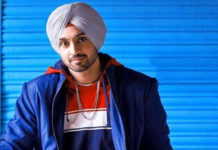