Chandigarh, December 31: Cold wave conditions continued across Punjab and Haryana on Tuesday with some places recording near freezing temperatures despite marginal rise in mercury. But mild rains are in store from Wednesday.

However, there was some relief at some places from the dense fog that engulfed the region over the past few days.

Minimum temperatures at most places were between 2.3 degrees and 4.8 degrees C.

The Haryana government on Monday announced that the working hours of its offices would now be from 9.30 am to 5.30 pm as against 9 am to 5 pm, in view of the severe cold wave conditions.

In Punjab, Amritsar recorded a minimum temperature of 3.4 degrees C while Ludhiana saw a low of 4.1 degrees.

Chandigarh recorded a minimum temperature of 4.8 degrees, a rise from Monday’s 3.5 degrees C.

In Haryana, Ambala and Hisar recorded a low of 4.6 degrees and 4.5 degrees C.

According to the Met Department, the region may experience mild rain on New Year’s Eve or later. IANS 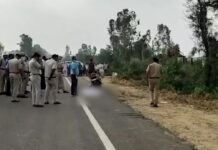 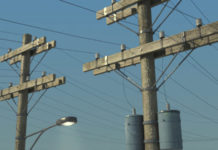 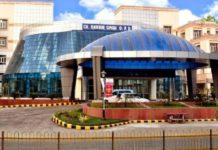