Beijing, February 3: The death toll in China’s coronavirus epidemic soared to 361 with 57 deaths on Sunday alone while the number of confirmed cases climbed to 17,205, Chinese health officials announced on Monday.

China’s National Health Commission in its daily report on Monday said 2,829 new cases of coronavirus were reported nationwide on February 2, taking the total number of the infected to 17,205.

The death toll rose to 361 with 57 deaths reported on Sunday, state-run Xinhua quoted the commission’s report as saying.

Among Sunday’s deaths, 56 were reported from Hubei Province, the epicentre of the virus outbreak, and one from southwest China’s Chongqing, the commission said.

Total 5,173 new suspected cases were reported on Sunday, it said.

The overall confirmed cases on the Chinese mainland reached 17,205 by the end of Sunday.

Also on Sunday, 186 patients became seriously ill, and 147 people were discharged from hospital after recovery.

The commission said 2,296 patients remained in severe condition and 21,558 people were suspected of being infected with the virus.

A total of 475 people had been discharged from hospital after recovery.

By the end of Sunday, 15 confirmed cases had been reported in Hong Kong and eight in the Macao SAR and 10 in Taiwan, it said.

Meanwhile, China is set to open a 1,000-bed makeshift hospital built in record 10 days at Wuhan, the epicentre of the virus outbreak in central China’s Hubei Province.

Huoshenshan (Fire God Mountain) Hospital was delivered on Sunday in Wuhan. It is dedicated to treating patients infected with the virus, Xinhua reported.

Another 2,300-bed makeshift hospital would be opened on Wednesday adjacent to it, the official media reported.

A total of 1,400 medical staff from the armed forces is tasked with treating patients in Huoshenshan Hospital starting from Monday, Xinhua reported.

The medics consist of 950 people from hospitals affiliated to the People’s Liberation Army (PLA) Joint Logistic Support Force, and 450 from medical universities of the army, navy and air force of the PLA who were sent to Wuhan earlier.

“For a project of this scale, it usually takes at least two years,” Fang Xiang, who headed the team which built the hospital, said.

“It takes at least a month to construct a temporary building, not to mention a new hospital for infectious diseases,” he told Xinhua. PTI 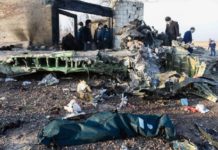 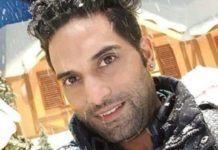