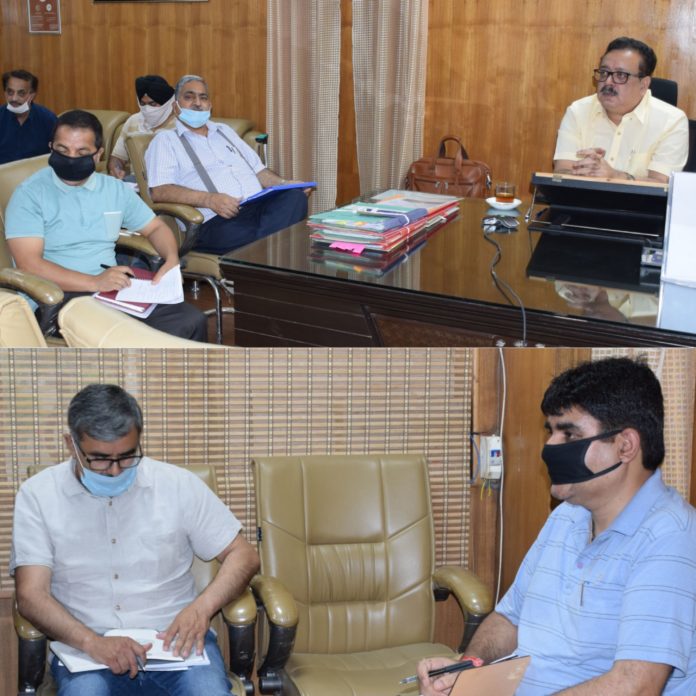 Chairing a meeting here, he took detailed stock of the preparedness being made for containing any possible locust attack. He ordered constitution of division and district level monitoring teams and involvement of scientists of SKUAST Kashmir and Jammu for making joint efforts against the possible threat.

Asking the concerned to be on high alert, he informed that locust menace has already destroyed standing crops and vegetation across Africa and large parts of West Asia.

“It is hyperactive currently in the neighbouring countries of Iran and Pakistan and has also entered India in the States of Rajasthan, Madhya Pradesh and Maharashtra. Our own neighbouring State Punjab is on high alert” he informed.

The Principal Secretary asked Directors of Agriculture Department Kashmir and Jammu to constitute   Division Level and District level teams to monitor influx of locust and take immediate necessary protection measures. He also directed twin Agricultural Universities to constitute dedicated teams of scientists, who will analyze the pattern of influx and guide extension workers and farmers in tackling the locust swarms.

Navin Choudhary further directed all Krishi Vigyan Kendras to constantly monitor the prediction of wind direction in each district, as the locust move with the direction of the wind.  “An early warning regarding wind direction will help full preparedness to tackle the locust swarms on immediate basis,” he said.

Calling for effective control measures, Navin Choudhary directed both Directorates to stock Malathium and other chemicals generally used to kill the locust immediately.

Both the Directors were asked to immediately procure the chemicals in reasonable quantity and also get in touch with Hindustan Insecticides Limited, which manufactures Malathium for the purpose.

The   Principal Secretary further directed to maintain inventory of sprayers in both public and private sector to immediately put them in use, if need arises.  “The sprayers available with the Municipal Corporations could also be put to use,” he suggested.

The representative of Fire & Emergency Services conveyed that maximum number of fire tenders will be made available for spraying if the situation so demands.

The Directorates of Agriculture were also directed to procure reasonable number of Personal Protection Equipments (PPE) kits for the safety of the staff engaged in spraying chemicals. He also directed to launch a campaign to spread awareness among the farmers/orchardists and general masses against this possible threat and mitigation measures.

CBSE, ICSE results to be declared by July 15