Chandigarh, April 30: With the surfacing of 11 more cases of coronavirus, including 10 pilgrims, the total count in the district has gone up to 84.

The other person found positive is an employee of the PGI and a resident of Mullanpur village in the district. He was in contact with  the Nayagaon resident, also a PGI employee undergoing treatment at the isolation ward at PGI Chandigarh.

He said the pilgrims who had arrived in the city had been kept at a quarantine centre in Sector 70. He said those tested positive have now been admitted to the Covid Care Centre at Gian Sagar Hospital in Banur.

Dayalan said health teams had been deputed to take the samples of the remaining members of the family and other contacts in Mullanpur village. He said that as of now 30 people had been cured of the disease while the number of active patients in the district was 52. He said of the 43 patients from Jawaharpur only 25 are active coronavirus positive cases undergoing treatment at Gian Sagar Hospital.

Bathinda: After two positive cases were reported on Wednesday evening, the district administration and health department have come into action mode. A family member of the positive case was earlier sent back home after she reported negative, but now she has been called back again to the quarantine centre and their lane in Parasram Nagar has been sealed.

The positive case, Balwinder Singh Pappi, had come in contact with 16 people in the district and the teams are tracing them.

Meanwhile, government ambulance drivers refused to bring in Covid-19 suspect patients as they claimed that they were not given the PPE kits. Following this, NGOs ambulances were asked to bring suspected cases.

Gurdaspur: Three of the 41 samples of Nanded pilgrims have test positive.

Punjab School Education Board tells students to exercise during lockdown

Chandigarh: The Punjab School Education Board has advised school students to start exercising daily, during the lockdown. A schedule of exercises that students can do while in their homes has been shared by the Board.

Moga: A pilgrim who returned from Nanded in Maharashtra was found infected with coronavirus in Moga district. Has been admitted to the district hospital.

Muktsar: A 40-year-old man of Kaoni village in Gidderbaha subdivision here, a Nanded returnee, tested coronavirus positive in Muktsar district on Thursday. He was home-quarantined.

Besides, the local health authorities have written to the laboratory to clear the status of two more Nanded returnees. Their report is not clear, say the health officials.

Dr Paramdeep Sandhu, nodal officer, Covid-19, Muktsar, said, “The reports of two persons had come negative on Thursday, but it came positive on Thursday. We had sent their samples just once, thus have now written to the laboratory to clear their status 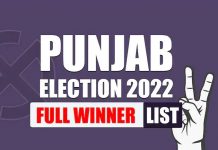 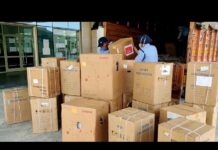 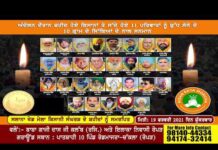