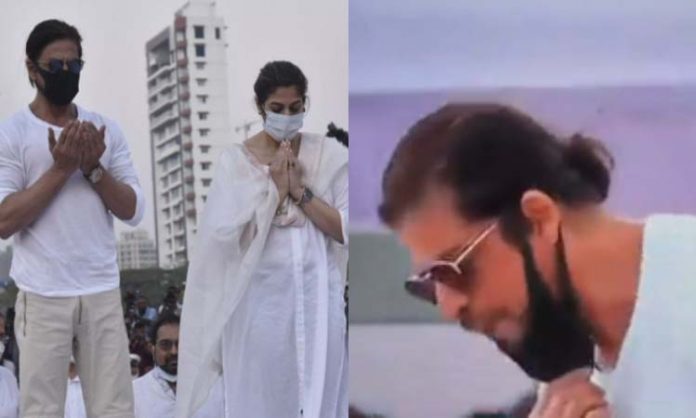 Mumbai, February 7: In Sunday, Bollywood superstar Shah Rukh Khan like others was among the many to pay his last respects to the legendary singer, Lata Mangeshkar, at Shivaji Park.

The actor, while paying tribute to the legend, read dua and blew the air.

Some trolls unleashed a nasty online campaign alleging that Shah Rukh had spit. But users hit back denting the obnoxious claims.

#SRK has always overcome and risen above hate. Nothing has stopped him to go with his faith and belief. @iamsrk pic.twitter.com/VNtKhl2jzy

While, the others, however, clarified that the actor was “reading dua or was reciting surah”.

“People usually blow it on the body,” a user wrote.

Another Propaganda has been created!@iamsrk reading a dua & blowing on #LataDidi 's mortal remains for protection & blessings in the next journey. It's a part of Prayer.
Can't comprehend the level of bitterness of those saying he is spitting. SHAME#ShahRukhKhan #LataMangeshkar pic.twitter.com/yisv4y3msI

Fans were touched by his gesture, and hailed the snap as ‘a picture of secular India’.

In the viral snap, Khan could be seen raising his hands in dua, while his manager Pooja Dadlani could be seen folding her hands in order to pay homage to the celebrated singer. Khan also paid her a floral tribute and touched her feet after reciting the dua.

The picture sent a ‘positive message’ on social media, but a section of people also criticised the the star for allegedly ‘spitting’ on the mortal remains of Lata Mangeshkar, after reciting his dua. 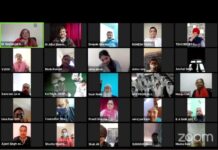