Commuters travelling on the Chandigarh-Manali National Highway had to spend the night on the road as it was blocked for traffic after a massive landslide near Banala between Aut and Panarsa in Mandi district on late Friday night.

Big boulders from the mountains are continually falling on the road.

However, there were no reports of any casualties.

Nearly 100 metres of the national highway was badly damaged in the landslide that occurred near Aut in Mandi district on Friday night.

The National Highway Authority of India (NHAI) and district authorities have deployed equipment to remove the debris.

The administration has stoped the moment of vehicles at Pandoh from Mandi side and similarly vehicles were stopped from opposite side of landslide spot on Banala to avoid chaos.

The traffic for light vehicles has been diverted via-Katola between Mandi and Kullu, but the road is not fit for movement of heavy vehicles.

Heavy rains in the past three days triggered the landslide, and the road widening work, which is underway on the highway, has made things difficult.

Mandi Deputy Commissioner Rugved Thakur said, “JCB machines are trying to clear the debris and likely to restored by afternoon.” 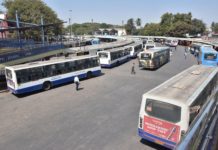 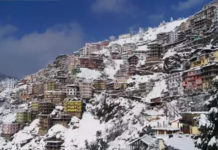 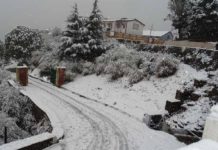