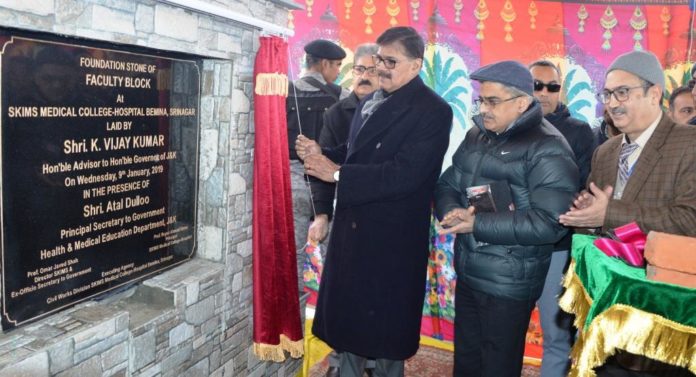 SRINAGAR, JANUARY 9: Advisor to Governor, K. Vijay Kumar on Wednesday asked the concerned officers to put in strenuous efforts to make the SKIMS Medical College, Bemina a premier healthcare institution for catering to the people, especially living in north and central Kashmir.

The Advisor was interacting with the doctors and paramedics here after laying the foundation stone of several developmental projects at the Medical college campus— including extension of casualty ward, construction of attendant shelter-shed, construction of psychiatry and faculty blocks. 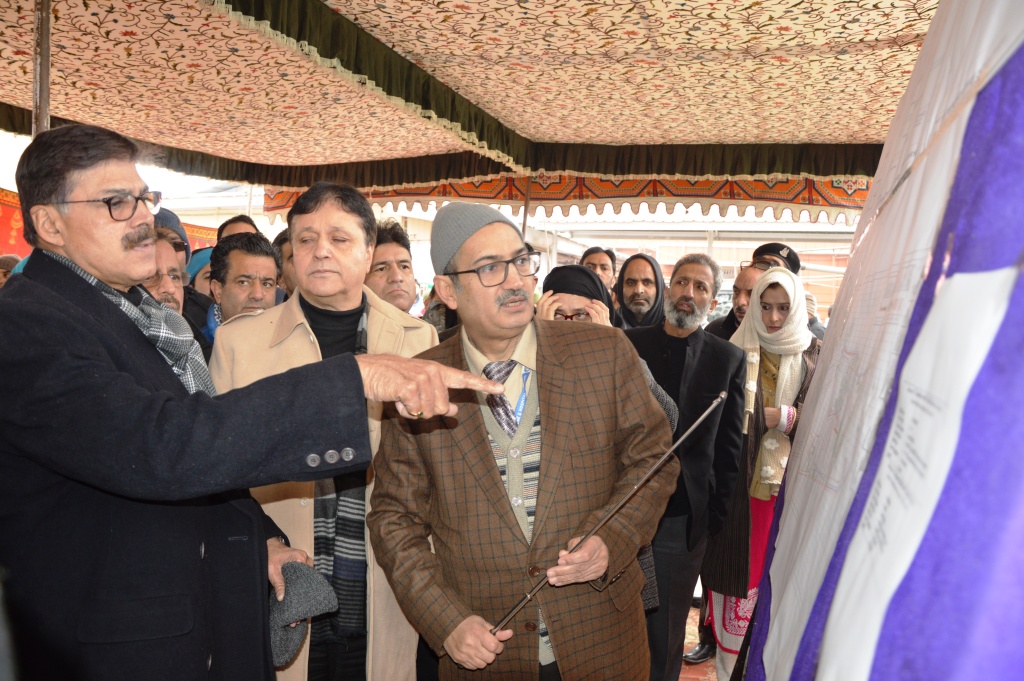 The Advisor directed the authorities to make the healthcare institution as a viable option for the people of north and central Kashmir regions for patient care.

He said that three projects are coming up at an estimated cost of more than Rs 5 crore.

He explained that the projects when completed would help SKIMS Medical College to become an independent and viable unit as envisaged in the SKIMS Governing Body.

“SKIMS Medical College strives to be the Institute of excellence in providing high quality medical education and health services and for that priority support from the government was highly commendable,” Prof Untoo said.

He informed that filling up of around 200 Paramedical vacancies and posts in other wings of the Institution has improved the patient care and teaching. It is reflected from the increasing figures of patients reporting to the hospital for treatment and as per the latest reports annual OPD has crossed 8.0 lakh patients, he added.

The Principal listed many other measures taken in the interest of patient care including provision of free medicines, improvement in waste disposal and inputs to the hospital. He said that in last two years the transport wing has been considerably augmented by adding ambulances and other things, equipment machinery for better diagnosis and management. He said hailed the support of the Government for releasing much needed funds for Procurement of MRI and other related projects.

It was further informed that Hostel for Residents and Interns, Hostel for Nurses, Sarai for attendants, Accident Emergency Block (Trauma Centre), Sewerage Treatment Plant were the other vital projects which are under active consideration of the Government.

The advisor later inspected progress on ongoing   250 bedded IPD Block and new College/Lab Block being developed under Prime Minister’s Development Package (PMDP) and appreciated its progress as the work was going on in two shifts.

The Advisor discussed in detail the quality and accessibility of healthcare and had feedback from the faculty during his interaction. 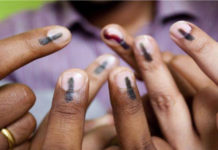 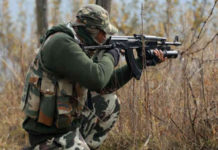