Pappu pass ho Gaya” and “Chowkidar chor ho Gaya” is the result in nutshell that the year 2018 ended with and saw it’s manifestations in concrete through the recently concluded elections in the five states.

Congress has made a spectacular comeback in three key states of India’s heartland of politics but before it could bask in the glory of victory, Supreme Court cut short it’s party-time by issuing a virtual clean chit to Modi govt. in Rafael scandal. Remember the word virtual in it.

Yes , it was not Congress that had gone to court, rather it was Prashant Bhushan and Congress from the very beginning was asking for a Joint Parliamentary Committee probe and after the verdict too is sticking to it’s guns and is demanding the same thing well into the new year as well, implying that the issue is not dying so soon and Congress will keep it burning to continue piling up pressure on Modi and Co. But when has truth mattered for news rooms.. right ?

Playing devil’s advocate here, a court gives judgement based on the material produced in front of it, and the way case was dealt with, the verdict isn’t going to help BJP in any major way. Remember, it was a case which courts have a limited scope of judicial review in, hence the stand of Congress for a JPC probe holds true and this is exactly what the judgement itself reads too. And as it happens always, every party is going to interpret the judgement in a way that suits it’s agenda.

However , while we are busy trying to churn out headlines even after the elections are over in these five states , an equally important if not more important, election took place in our immidiate neighbourhood – Bangladesh. And this election is definitely much more important than our Rafael deal, which is nothing but a waste of public money. Why? Well just look at the delivery dates of these choppers and by the time we have them in our arsenal, they will be redundant and not worth more than chopper toys for kids to play with, considering how technology is advancing every day.

So looking at the issue that is actually important for India and it’s security rather than future play toys for kids in the shape of choppers, the December ending election in Bangladesh is significant as India’s stategic interests and business interests are intricately married to Bangladesh since the very day we literally carved it out of Pakistan in 1970-71.
With out getting into a history lesson, let us jump from 1970 to present day, and analyse the situation as it stands today. First things first, the election was bound to end up with Bangladesh getting another term led by a woman premier, as it was going to be either current incumbent Sheikh Haseena retaining her chair or handing it over to Khalida Zia, who was heading the PNP led coalition. How many countries can boast of such gender emancipation, remembering that the biggest democracy in the world – America is still waiting for it’s first woman president. Enough lecturing by the West to East, particularly to Muslim dominated countries on this issue. Period.

Bangladesh has become the war theatre for India, Pakistan and now China too as each of them is trying to extend it’s control on this piece of land. India was backing Sheikh Haseena as she and her party are seen as pro India and Haseena has proved this many a times. She even withstood China’s pressure and cancelled a very important Port deal with it to stay in India’s corner. She definitely won hearts by taking in Rohingya refugees but there is a curious similarity between her govt. and the current Indian govt. , that is how media is being treated. Every now and then someone lands in jail for something as petty as a Facebook post and that’s not working for her, back home Modi is getting away with it.
On the other hand , Khalida Zia and her party, PNP are pro Pakistan and can now said to be pro China too. The release of an audio tape in Bangladesh media, in which you could hear an ISI handler talking to his Bangladesh subject, scheming how to meddle in the elections and depose Haseena from the throne should have sent alarm bells ringing in India’s foregin policy planning circles, as China too is getting involved in a big way now.

Now, will Bangladesh be able to withstand this 30 billion dollar worth of pressure and stay tilted towards India or will the needle start pointing it’s North in the direction of China and Pakistan is the billion dollar question. This is something that can prove detrimental to India’s foregin policy and Modi’s look East act East agenda. Remember how Donald Trump is finding it difficult to cut his ties or at least pretend to be acting tough against Saudi Arabia despite the Khashogji murder fiasco and that too for a defence deal which is not even a fraction of what China is investing in Bangladesh.

What makes it even more important for India and Modi is that we have lost our influence in Nepal , Sri Lanka too has been lost to China , Afghanistan slowly has slipped back into the hands of Taliban which is part of the govt. now, allowing Pakistan back entry into Afghanistan, that too at a time when US has decided to leave Afghanistan as it is and head back home.
Slowly the dragon has replaced India in every neighbouring country while super-man is flying to distant planets and more concerned about his cape and if his name is looking pretty on it.

Bangladesh is like the last stand India has right now and if anyone is actually concerned about the safety and security of India then can anyone from media , awake to this development, give a small nudge to our govt. so that it also comes out of deep slumber.

Now that it’s the faction India that has won the elections, Modi needs to stop flying to the Moon and the Mars and for once do what is actually needed, before China out plays us again. The general public, how so ever politically ignorant, isn’t as foolish as governments tend to believe. So Modi might actually gain electorally too if he manages to pull out a diplomatic victory.

Upper caste reservation and a divisive Citizenship bill can wait a week for my pen. And please spare us the torture of Rough- ale , which will brew at a time when doctors would have already told us that we can’t drink anymore because of old age. 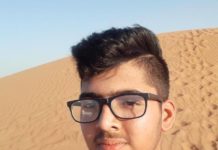