Home Breaking News Pitroda should be ashamed of his comments on ’84 riots, says Rahul

Gaggar Majra (Khanna), May 13:Congress president Rahul Gandhi said on Monday that senior party leader Sam Pitroda should be “ashamed” of his comments on the anti-Sikh riots of 1984.

Gandhi, who was addressing a rally at Gaggar Majra village in Fatehgarh Sahib, said he had asked Pitoda to apologise publically for his remarks.

He also accused Prime Minister Narendra Modi and his National Democratic Alliance government of “cheating” the country through demonetisation—which he said hit the purchasing power of the common man—and reneging on its promise of providing 2 crore jobs each year.

As he has done many times before, he accused the prime minister of “waiving loans for big industrialists” but ignoring poor farmers and small traders.

Gandhi also spoke about the Congress party’s promised Nyuntam Aay Yojana (NYAY) scheme, promising that it would be “unlike Prime Minister Narendra Modi’s promised Rs 15 lakh”—referring to a 2014 election promise made by the BJP. The Congress party’s proposed minimum income support scheme envisions crediting Rs 72,000 annually to the poorest 20 per cent of the country.

The BJP and Prime Minister Narendra Modi had claimed during the 2014 general elections that rooting out black money would bring back significant amount of money.

Pitroda, a Congress leader in charge of the party’s overseas units and considered a close aide of the Congress president, said of the 1984 riots in a recent interview: “What happened, happened. Why talk about that now? Talk about what you’ve (BJP) has done in the last five years”. Pitroda’s remarks drew widespread condemnation, and left the Congress party red-faced. 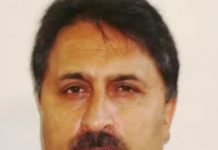 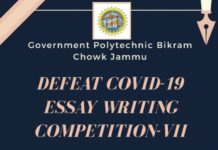