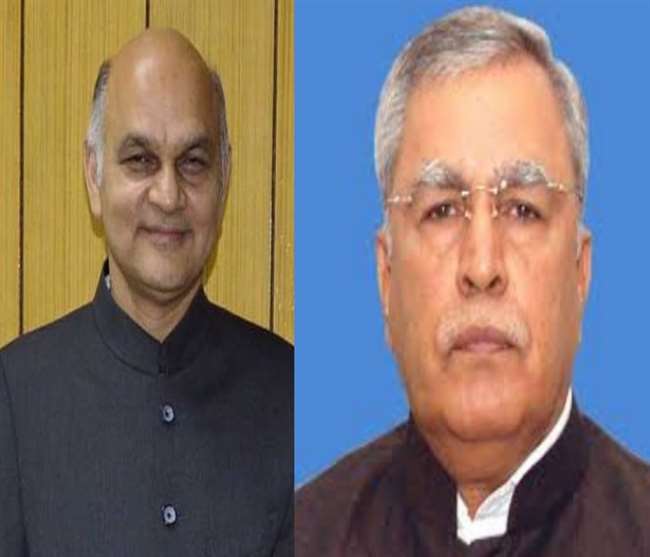 New Delhi, November 14: Retired IPS officer Farooq Khan and former bureaucrat K K Sharma have been appointed as the advisers to the Lieutenant Governor of the Union Territory of Jammu and Kashmir.

According to an order of the Union Home Ministry, the appointments of Khan and Sharma will be effective from the day of their joining in their respective posts.The advisers will assist LG Girish Chandra Murmu in the administrative work.

Both Khan, a retired IPS officer, and Sharma, a retired IAS officer, were advisers to former governor of the erstwhile state of Jammu and Kashmir, Satya Pal Malik.

Khan, 65, started his career in the Jammu and Kashmir Police as a sub-inspector in 1984 and went on to become inspector general of police. He is seen as being instrumental in breaking the backbone of militancy in the 1990s.

He is expected to focus on security and strategic affairs in keeping with the work he has done in the state in the past.

Khan enjoys the confidence of Prime Minister Narendra Modi and Home Minister Amit Shah and is likely to make changes in strategies to curb militancy in the state.

Khan had also served as the administrator in the union territory of Lakshadweep.

Khan came into the limelight when he volunteered to head a special task force (STF) of the police in 1994 at a time when morale of the force was low and operations were being carried out by the Army and the BSF. He was allotted the IPS in 1994.

Khan, who hails from Poonch district, was deputy inspector general of the Jammu region and led crack teams to end a seige laid by militants at the famous Raghunath Temple in 2003.

A recipient of the President’s police medal for the meritorious service and many commendations by the army and other security agencies, Khan’s entry into the BJP was seen as a move to woo Muslim voters in Poonch and Rajouri areas.

His grandfather Colonel (retd) Peer Mohammad Khan, who was in the Army of Maharaja Hari Singh, was the first state president of the Jammu and Kashmir Jana Sangh.

The other adviser, Sharma, a 1983-batch IAS officer of the Arunachal Pradesh, Goa and Mizoram Union Territories (AGMUT) cadre, belongs to Billawar town of Kathua.

During his service career spanning around 30 years, Sharma, 61, has held various positions, including the Chief Secretary of Delhi and Goa.

He also served as Secretary in the Ministry of Human Resource Development (MHRD) before his retirement.

Sharma has also served as adviser to the administrator of Chandigarh.

He is known to have played a key role in implementing flagship projects in Delhi in the areas of education and health.—PTI

CBSE, ICSE results to be declared by July 15