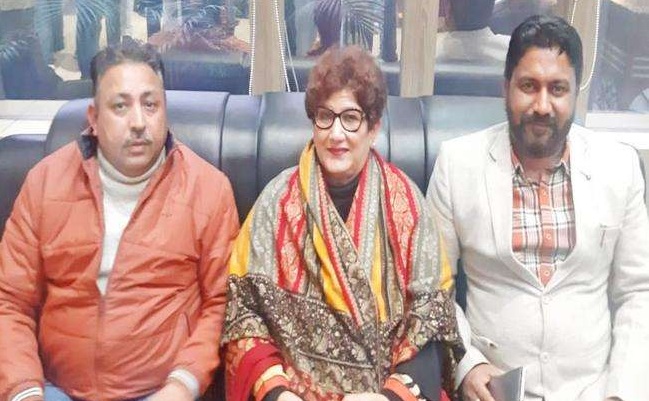 Chandigarh, January 6: Amid high drama, the ruling BJP’s candidate for the post of Mayor, Raj Bala Malik, filed her nomination papers in the Municipal Corporation office here today. Along with her, councillors Ravi Kant Sharma and Jagtar Singh submitted their papers for the post of Senior Deputy Mayor and Deputy Mayor, respectively.

Raj Bala is considered close to MP Kirron Kher while the two other candidates are believed to be from the city BJP president Sanjay Tandon’s faction.

Heera Negi, who was also a Mayor probable, is also said to be from Kher’s group. Sunita Dhawan from Tandon’s camp was the third contender for the top post in the MC. Sources said a majority of councillors, during a one-to-one interaction with the BJP city affairs incharge Prabhat Jha on Saturday, had taken the name of Raj Bala for the post of Mayor. Subsequently, her name was finalised by the central leadership of the party.

Councillor Chanderwati Shukla rebelled against the party’s decision. She filled a nomination form with Congress councillor Satish Kainth as her proposer and Sheela Devi as the seconder.

As the BJP came to know of the development after its official candidates filed their nomination papers, the local MP, Tandon and Secretary Organisation Dinesh Kumar did not leave the office of the Secretary till about 5 pm, the last time for the filing of nomination papers for the mayoral election, apparently to ensure the rebel does not file her papers. On realising that Shukla was adamant on filing her nomination, Tandon, along with other councillors, rushed to meet her outside the office of the MC Commissioner. “I have supported you everywhere, then why this,” Tandon was heard saying.

Expressing a surprise, Kher said, “We have done so much development in her ward, including opening the water supply project recently.”

However, Shukla was heard ruing, “In every BJP function, people of Bihar and Uttar Pradesh form a major chunk of the crowd. They remember me only when they need to mobilise people. Today, they have not considered me for any of the mayoral posts.” Later, she, along with her husband Pappu Shukla, also a BJP leader, and party councillors went for a meeting to the Mayor’s room. Before they came out, it was already 5 pm, the last time to file nomination. The couple was persuaded not to go ahead with contesting the poll.

The saffron party enjoys the two-thirds majority in the 26-member MC House. The polling will be held on January 10.

A high drama prevailed inside Mayor Rajesh Kalia’s office where Chanderwati Shukla and her husband besides other party councillors were holding a meeting after she revolted against the party on not being chosen for any of the mayoral posts. Three to four women, led by former Mahila Congress president Sunita Sharma, raised slogans and started thumping the door of the Mayor’s room.

On this, BJP councillors and the Mayor had heated arguments with them. However, they did not leave. “We have been called by Chanderwati Shukla. She has been detained by the BJP. Let us get in,” alleged Sunita, while trying to barge in.

Chanderwati later came out and asked them why they were protesting. She said she did not call anyone.

Addressing mediapersons later, city Congress president Pardeep Chhabra alleged, “The BJP had kidnapped the councillor. They did not let her go out of the room to file nomination papers.”

Tandon said, “As per the directions of the high command, nominations were filed today. I advise the Congress to gracefully accept defeat beforehand and avoid the loss during the (mayoral) elections. They should shun such petty politics.”

The three mayoral candidates of the BJP were seen smiling after their names were declared. On the other hand, Chanderwati Shukla cried over not being named by the party for any post. Another contender for the post of Mayor, Heera Negi, was in tears. However, she tried to appear composed. “It was not in my destiny. I stand by the party’s decision,” she told reporters.

After Raj Bala’s announcement as the BJP candidate for the post of Mayor, Negi was visibly upset with the MP. 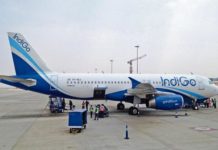