Ashok Kumar, Former MLA from Ramban has led a strong protest against the Central Government and UT Government (Jammu and Kashmir) for prolonged delay in providing justice to people of Ramban and commuters of NH-44.
In a statement issued here, he said even during minimal precipitation the movement of vehicles becomes risky and dangerous and passengers have to halt for several days altogether.

This is triggered by unscientific cutting of slopes in the process of construction of NH-44 Four Lane project.

Ashok has expressed serious concerns over the perpetual deterioration of the slopes at several places like Cafeteria Morh, near Chanderkote, Digdol, Marog and Nashri along the National Highway-44 due to impromptu and unconventional methods used in the construction of Four lane Project on National Highway-44.

Many people have lost their valuable lives due to shooting stones. People are being dehumanised by the current government of Jammu and Kashmir, he added.

In a statement issued here, Ashok said: “ In the process of construction of Four lane Project on NH-44 in the last 7 or 8 years which is located on the Sub-Himalayas between Nashri to Banihal, the cumulative impact of negligence, unsustainability and corruption has triggered man-made land slides, rapid soil erosion and has severely damaged the already fragile mountain ecology. In addition, several people have lost their valuable lives and houses due to this menace without any fault of theirs'”.
He also said it that it was painful to mention that the several bereaved families are still homeless and continue to pay rent from last twenty months for the private accommodation in which they are currently staying.

The matter has been already highlighted many a times in front of the concerned authorities.

Government’s duty is to provide justice to these marginalised families who have lost their home, agricultural land and livelihood. It is utterly shameful and intolerable. “What can government do worse than this? ” He added”.
Ashok has further claimed that most of the families are from very poor background and jobless. They used to sustain their livelihood from small patches of agricultural land which they have lost. It is a great injustice and sad affair of the current government that such a ignorant behaviour is being displyed towards their own people. What kind of social justice the present government is providing to the people, he questioned.

Ashok has strongly urged the Lieutenant Governor of Jammu and Kashmir to immediately take cognizance of the matter and direct the concerned authorities to immediately deliver justice to these bereaved families and frame special task force and committee regarding this grave matter.

He also demanded early compensation and proper rehabilitation on war footing. He quoted: “Justice delayed is the Justice denied”. A green cover is essential on adjacent sides of the slopes.
Ashok has strongly urged upon the Ministry of Environment, Forest and Climate change and Ministry of Road and Transport to immediately take concrete measures in this regard as the local people in the region are badly suffering. He also urged upon the Lieutenant Governor of Jammu and Kashmir to direct the concerned authorities to regulate the traffic for smooth movement of passengers, ambulances and Defence personnel. 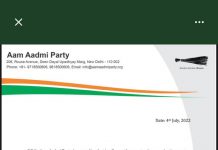 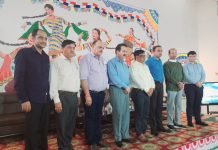 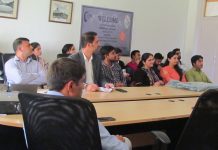 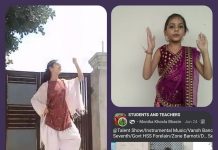 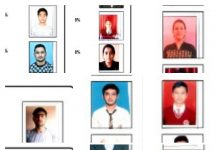 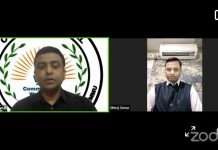