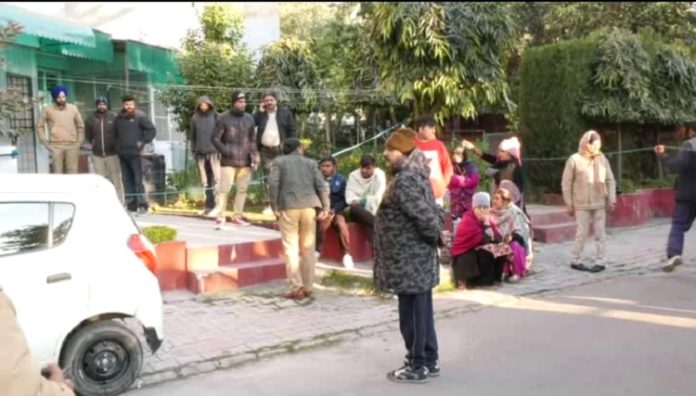 Chandigarh, January 23: A woman and her two children were found murdered at their house at Modern Housing Complex, Manimajra, in the wee hours of Thursday.

They are suspected to have been murdered by Sanjay Arora, the victim’s husband and father of the children, who later tried to commit suicide.

The deceased were identified as Sarita (45), daughter Sanchi (20), a law student, and son Arjun (15). They had multiple injury marks on their bodies.

Sources alleged that Sanjay after murdering his family went to the railway track in Panchkula and tried to commit suicide by jumping before a train.

He was seriously injured and rushed to Civil Hospital, Panchkula, from where he was referred to the PGI.

Karamveer peeped inside and found blood lying there, following which the police were sounded. Police broke open the door and found the three lying in a pool of blood. A suicide note was found in the house.

The matter is being investigated. The bodies were shifted to a mortuary in the morning.