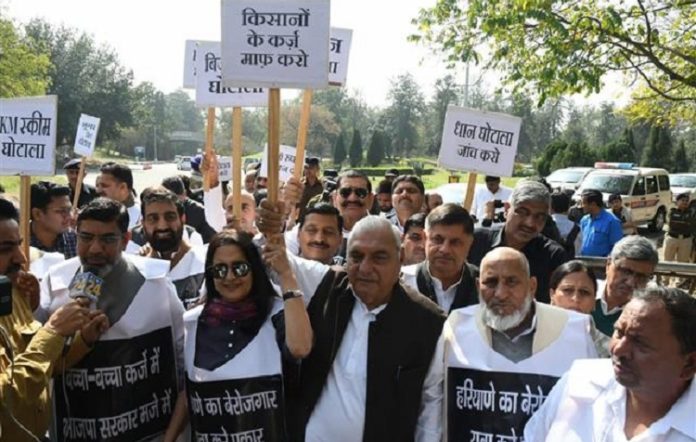 Chandigarh, March 3: Haryana Congress leaders led by Bhupinder Singh Hooda took out a protest march here against the alleged non-fulfilment of promises made by the BJP-JJP government.

The Budget session of the Haryana Assembly is currently on.

Later, the Congress leaders stormed into well of the House to protest against being stopped at the entry.

Citing rules, Speaker Gian Chand Gupta said no placards, banners or posters were allowed on the premises. He said he was not aware of the protest march by Congress members.

Haryana closes colleges, universities till March 31 as precaution against coronavirus 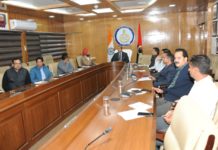